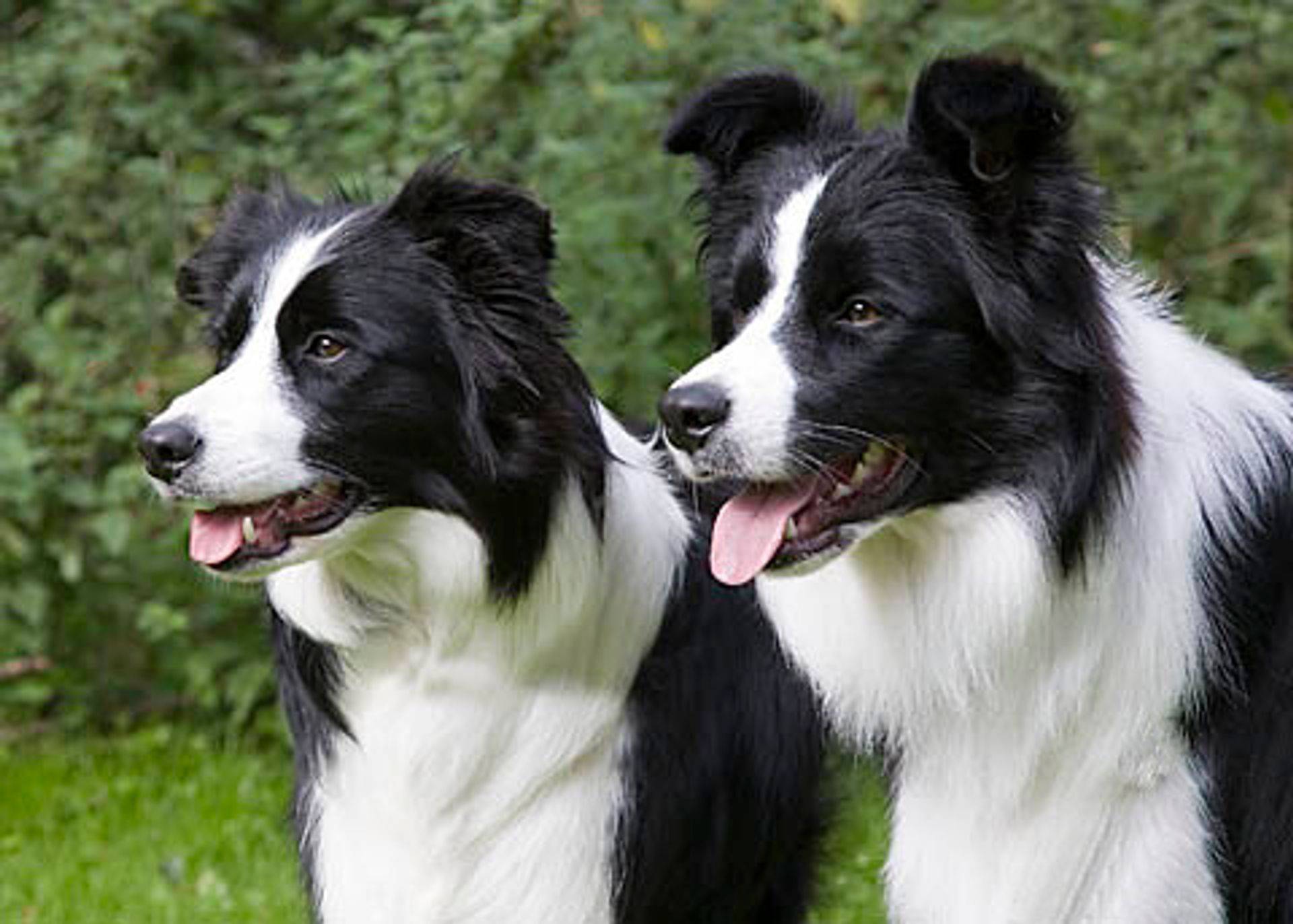 Yet another August birthday!! 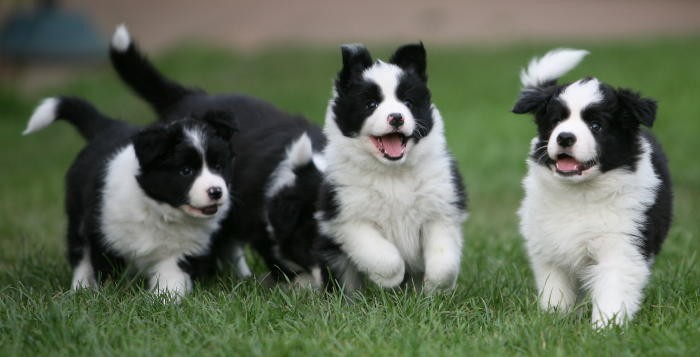 It's hard to believe that this wonderful 4 are now all grown up, how quickly the year has flown by!! 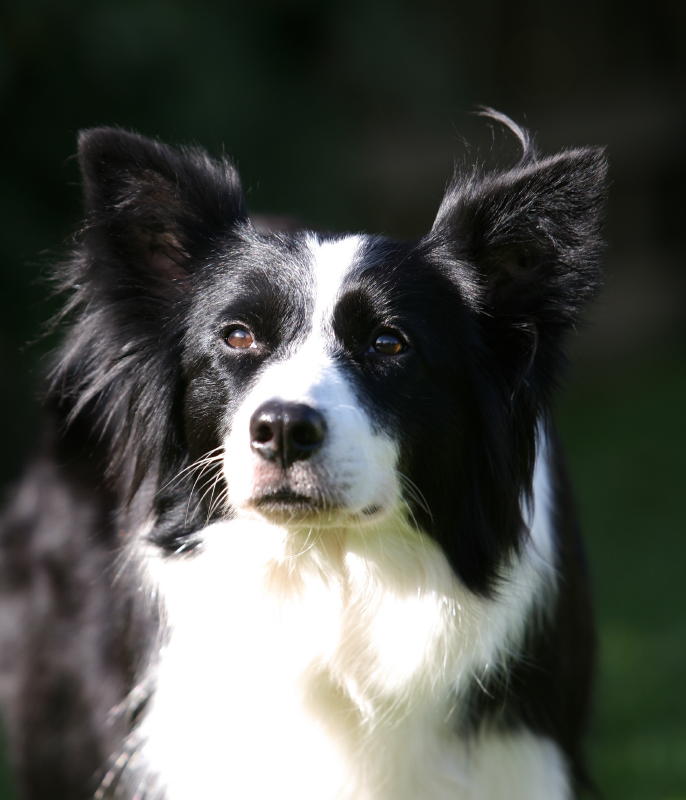 Another birthday but such a very special one as it's one that just a few month's ago I was scared we wouldn't see due to Emma's Lymphoma.
Over the last 9 months Emma has been doing exceptionally well, especially as after surgery the results revealed that the huge tumour was a Lymphosarcoma.
Whilst Emma was recovering from her surgery in the Vets I spent time researching.  The fact I was already feeding a natural raw diet was a bonus as only a couple of very minor adjustments had to be made to make it "Cancer Starving".
Emma is such a very special girl to me for so many reasons & I live in hope that we'll keep the Lymphoma in remission & see at least another 7 birthday's.
Happy Birthday & keep well my sweetheart :o)
xXxXx 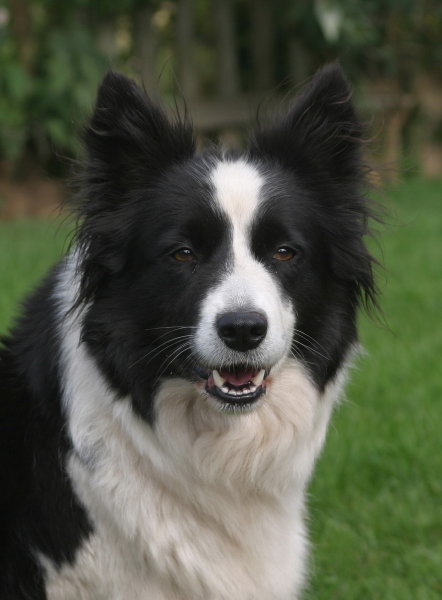 It's hard to believe how the time flies when it hardly seems 5 minutes since you bring home your beloved puppy but yet at the same time feeling as though that puppy has been with you forever!!
Happy Birthday Dude!!
xXxXx

What a day we've had today!!  The Border Collie Club of Wales held their first Champ Show.  First in I handled Buddy who is out of Emma's litter last year & half brother to Twist.  It was to be Buddy's last champ show as a puppy & wow did he go out in style!!  First off winning Puppy Dog followed by winning Novice Dog!!  Buddy's owner Jean, as well as I, were over the moon & this means that Buddy is now qualified for Puppy of the Year in November.  Next in was Twist who won his 5th Post Graduate class (4 of them this year).

Finally came the challenge for the dog CC & Twist won it!!  Swiftly followed by Buddy getting Best Puppy Dog .... woohoo!!!

It was a long day but oh so worth it!!  As soon as I can I hope to scan in a photo of Buddy & also get some new photo's of Twist which I'll post on here.  I must also get a new photo of Misty who is litter sister to Buddy & has been doing really well in the show ring this year as well as coming on exceptionally well with her obedience training with her owner Jenny.

Well it seems summer has finally arrived, phew it's hot!!

Not much to update right now as due to my health problems I haven't been out much, even having to miss some show's!!  My GP's response was that he knew I must be really bad to have missed show's lol!!

We did make it to East of England where Misty (B. Eternal Dream) was placed 2nd in a large Puppy Bitch class & Twist was awarded 3rd place in an equally large Post Grad Dog class.

I have made the heart breaking decision to let Tally go who is a puppy I've been running on from Abbie's litter in March.  Full details on Tally are on the Available page.  Tally is a very special puppy so only a special owner will do!!

Until next time which hopefully won't be too long!!

This is short & sweet lol!!  I've finally got around to updating the site!!  Most pages have had some updates.  You'll see a new page has now been added for Wish .  Enjoy!!

Despite the awful weather, today Twist & I headed down to the Bath Champ Show.  Twist was in PGD & once again won his class :o)  After the dog judging we went back in for the challenge & after what seemed like forever the decision's were made & my wonderful Twist WON THE RESERVE CHALLENGE CERTIFICATE!!!!!!

A first for both of us but oh how WONDERFUL!!!!  Many thanks to our judge, breed specialist Mrs Vicki Green for thinking so highly of my beloved Twist.  A day I will never forget :o)

A Very Sad Day At Borderpride

Friday 16th May, a very sad day at Borderpride when we had to say farewell to my beloved Molly.

It was exactly 13 years to the day that Molly came into my life that she left to go to the bridge.

Sadly the TIA's were putting a big strain on Molly's already struggling heart.  On the Thursday evening, for the first time in her life, Molly refused her dinner, I knew then that things weren't good.  Even when Molly had to be starved when having a pancreatic attack, if she would be offered food then she'd have eaten it.  At supper time I did manage to get Molly to eat some food which at least made me feel better.

At approx. 2am (I was still up whilst giving Molly some relaxing massage & TT), Molly had another stroke.  Molly & I finally fell asleep a few hours later but on waking Molly struggled to get up & she had developed the most awful smell, I felt her kidney's must be struggling.

On arrival at the Vets I brought the Vet upto speed on what had been happening, after an exam & some test's I was given the devastating news that Molly had gone into multi organ failure, her kidney's had already stopped working & her heart was even slower than than previously & had become very irregular.  Then came the word's I really didn't want to hear, "it's time".  Molly was then given sleep to save her any further suffering.

I'm absolutely devastated at losing my "Gobby Molly".  It seems so unfair.  For 4 years Molly was pancreatic which we managed with a natural diet, on 2 occasions we pulled her back.  Up until 3 weeks before passing to the bridge Molly was still enjoying her charges around the woods & the local forestry centre, swimming in the lake, even in the cold & rain I couldn't keep her out of water, I always said she thought she was a duck!!

Life just isn't the same without Molly & even though I know it's still early days (I write this, with great difficulty, 3 week's on) but I'm really struggling without my big old lady.  Molly neither looked or acted her 13 years.  I'm not alone in my struggle, Emma too is missing her best friend.  Hopefully homeopathy & time will help us both. 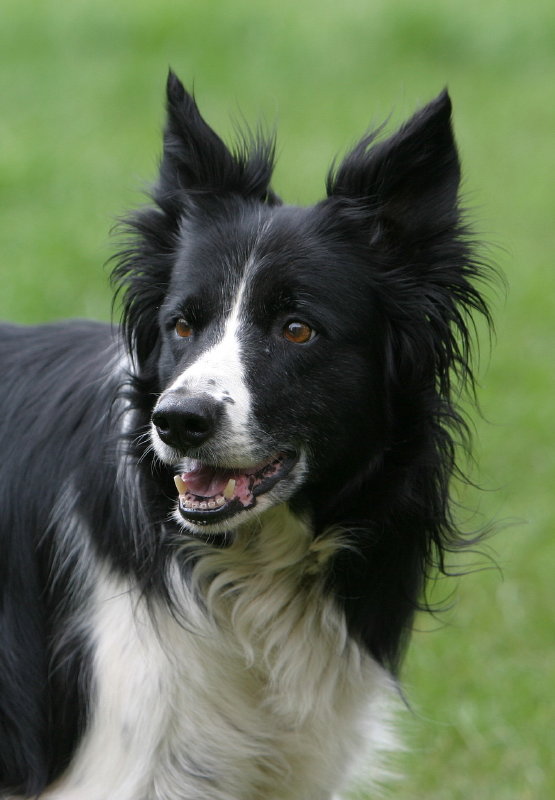 Molly pictured at 12 1/2 years old
Molly, my first Border Collie, my best friend & companion, my teacher, my "always there" girl.

I miss you so much Molly, you took a piece of my heart when you left for the bridge.  I hope that your beloved friend Barney met you at the bridge & together you can chase the bunnies, go on frog hunts & swim in crystal clear lakes, all free of pain.
Until we meet again my sweetheart xXxXxXx

I've finally uploaded the last couple of weeks of puppy photo's including some "posh"pics taken today age 7 weeks (how time flies!!).  To view all of the photo's please click HERE .

Saturday 3 May saw the Border Collie Breed Council hold their annual Open Day with various health testing.  As the pup's turned 6 weeks that day they were taken along for their eye & BAER hearing test of which they all passed with flying colours!!

Later that same day I took Twist in for his Bronze Good Citizen test, well I'm pleased to say that Twist made me proud & passed with flying colours!!

Sunday 4 May saw the long awaited arrival of my new puppy "Wish"!!  Wish is an absolute sweetie who is settling in wonderfully.  At the moment Wish is happily in amongst the rest of the puppies, even enjoying drinks from Abbie's milk bar!!  Abbie has very much taken her under her paws, just like her Mum :o)  Wish is almost all Australian breeding so brings new line's with her pedigree.  A new page will soon be made for Wish.

Monday 5 May, after the excitment of bringing Wish home, poor Molly became unwell, she was very distressed, disorientated, unable to settle, sick, going off her legs & unable to settle.  A trip to the Vets revealed that Molly is suffering from TIA's or mini-strokes.  Molly has been started on Vivitonin to try to encourage more oxygen to her brain.  Unfortunately on top of this, Molly's heart is no longer working as well as it used to, in fact it's so slow & with a large murmur to boot, it's hardly any wonder she's struggling :o(  One week on there is only the slightest of improvemnt though I shouldn't say anything really as everytime I do she goes down again.  Everything crossed that Molly will soon be back to her old self.

Friday 9 May ~ Birmingham National Champ Show!!  Although very warm, it was a good day for the Borderpride's :o)  First Twist was awarded 1st PGD then Misty (an Emma x Laurie pup) won a large MPB class thus qualifying her for Crufts 2009 & BC POTY in November!!  Well done Misty!!  Thanks to her devoted owner Jenny for bringing her for me to show.

Sunday 11 May ~ I took the puppies over to Sue's (Sue owns Dad to this liter), the pup's all had a good run about & then with the help of Sue we managed to get some posing shot's!!  These photo's have been uploaded to the Puppy Photo Album along with lots of others from the last couple of weeks.

I've attached a video below of the pup's, mainly Charlie & Wish, playing with their new cow hooves!!  The big dogs were all having one & there were 3 spare which the puppies were all sniffing round so I thought, why not!!  Well it was really funny to watch them taking it in turns to tell these hooves off & play "kill" at them lol!!  Unfortunately (or fortunately!) when uploading the video to You Tube the video has lost its sound again, I've no idea why this keeps happening but if you watch I'm sure you can imagine the noise!!

Today was WELKS champ show at Malvern, our first outdoor show of the year.  Twist was entered in a strong class of 18 in PGD, Twist was really happy to be back out on the grass & moved wonderfully well & was finally awarded 3rd place of which I was really pleased.

Next up, Misty, a puppy from Emma's litter to Laurie last year was entered for her first Champ show.  I "pinched" Misty from her owner Jenny about an hour before she was due to go in her class, MPB so that she would hopefully settle with me.  Misty was such a good girl & showed herself like a litte pro, moving beautifully & after making the final cut out of 17, was awarded VHC for which we were really happy.  Misty is a great credit to her devoted owner Jenny & I look forward to our next show :o)

The pup's are coming on really well although they're turning into real little hooligans!!  As much as possible now, during the daytime the pup's have free access to the kitchen & yard where they can safely run & play, watch the washing machine (yes really, they do!!), play with the other dogs & the cat's too sometimes lol!!  I'll hopefully get the latest photo's uploaded in the next day or so.